The 2021 LCM 20th Anniversary kids T Shirt! LCM has officially been around for twenty years as of April, 2021 and we wanted to do something special to commemorate twenty years of bringing you all your favorite trucks and truck show coverage! The kids shirts feature the LCM logo on the front and the 2021, 20th anniversary artwork on the back. 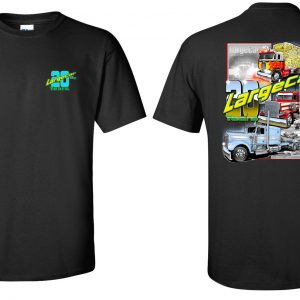